As we now enter week 8 of the lockdown, things have been different for the children for a long time.  They may have been experiencing a range of different emotions and feelings, as well as having to cope with (and try to understand) some difficult things which may be happening to their family (including illness or loss).  We have put together some of the different books we have in school which we recommend that may help during these uncertain times.  They are just recommendations and for your information.  If you have used any other books and find them helpful, please let us know so we can add to our recommended list.

As part of Children's Mental Health week, the children will be participating in a range of different activities to support their mental health and well-being.  An assembly will kick start the week focusing on being 'brave' which is the theme this year.  During the week, every class will take part in a yoga lesson, mindfulness colouring, their PE lessons will look at how exercise can have a positive impact on mental health and well-being, and finally each day the children will complete a 'positivity' task.

Today's Think About It Thursday looked at what Christmas (or different celebrations) mean to you. We discussed why people celebrate things, in addition to the important message behind Christmas. It was lovely to hear the children discuss the importance of spending time with family and their own traditions they have.

We hope you have lovely Christmas break, take the time to spend together and relax, ready for the New Year.  If times are challenging this holiday, please stay safe and talk to someone if you can.

This week's Think About It Thursday looked at the rights that children have.

This week's Think About It Thursday looked at how Diwali is a celebration of light and how other occasions are marked by lights. We discussed why we think light is used to celebrations and who we like to celebrate with.

Today in our whole school assembly we explored the idea of resilience and why it is a vital skill for tackling the times when life becomes difficult. Below we have discussed the top ten ways to react during difficult times to empower yourself to make the most of any situation.

Today is World Mental Health Day; rather than do out usual Think About it Thursday topics, we decided to focus on this. In classes, the children discussed what mental health is, how we can look after it and that it's good to talk.  As year 6 were out on a trip today, they looked at this yesterday and completed a piece of art based on demonstrating feelings and emotions in colour form.

This week's Think About it Thursday we discussed emotions, why people feel different emotions and how people like to be helped when they are not having nice feelings at that moment in time.

This week's Think About it Thursday is all about resilience, including the importance of having resilience and where we might see it.

This week's Think About it Thursday is a discussion about consequences, why we have them (both good and bad).

This week's Think About It Thursday is:

"What makes you feel safe?

Is it the same for everyone? Why / not?

How does school make you feel safe?"

As part of the new DFE guidance for the implementation of the Relationships and Sex Education statutory curriculum as of September 2020, we have become an early adopter school and will be introducing a new weekly lesson scheme called 'JIGSAW'. Clearly stated within the Government guidance, only 'Relationships' is to be taught in Primary schools, with 'Sex Education' being statutory in Secondary schools. Although Primary schools may teach parts of Sex Education (outside of the statutory Science lessons), as a school we have chosen not to do this and just to focus on 'Relationships' at this time.

Welcome to our Wellbeing page for the new academic year: 2019-18

Here you will find information regarding the wellbeing work we may be doing with our children, including the weekly 'Think About It Thursday' topics. You will also find our new wellbeing display in the reception which will give you an overview of all the different areas where we support wellbeing across the school.

This week’s Think About It Thursday is:

What ways are people different and similar?

Think About It Thursday this week was an image of a little girl, in front of a beautiful blue ocean, lifting up the shore line to reveal plastic bottles and waste. The quote which went with it was:

This week’s discussion aims to highlight the issues we have with plastic - especially single use plastic - and the problem it presents to our world.

The discussion points for this week’s Think About It Thursday revolve around a scenario and a problem. In this problem a child was given a lovely present by a friend, however they then found out it was stolen. We discussed if this was being generous or not and if it is fair that some people have more than others.

This week's Think About It Thursday:

Today's 'Think about it Thursday' was talking about resilience.  The children were able to look at the meaning of the word and disucss examples of where they may show resilience.  We also discussed how being resilient can help you as a person in a number of ways.

As we aren’t in school tomorrow, we have done our Think About It Thursday today:

“What makes you and others around you happy?

Do the same things always make everyone happy?

Could someone be happy and sad at the same time?

Why/not? How would they know? Is it a bad thing?”

Today was the first day of my ‘mindfulness / relaxation’ club. I feel that being able to relax, calm and take your mind off things is important; even to have 5 minutes in the day for yourself to not think about anything other than the present helps keep a healthy mind. I had a fantastic interest in this club and so have had to split it into different age groups. With the SATs coming up, year 6 have the opportunity to try this club this half term. They have enjoyed being calm, colouring, being peaceful and just talking time out. Next half term I will open up the club to the rest of the school. I have enjoyed listening to the relaxing acoustic music too - ready for Friday afternoon now!

This morning year 6 had a talk given by an ex Stamford Park Pupil who talked to them about Mental Health. She felt is is key to realise awakes of this so that children are well informed and feel confident to speak to someone about it and to look for getting help. Thank you Emily. 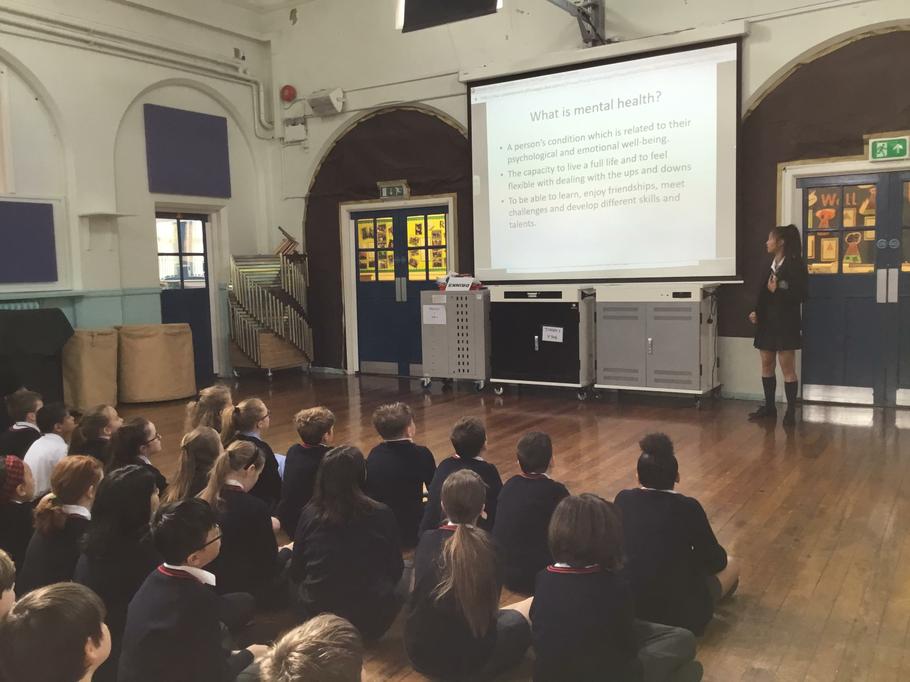 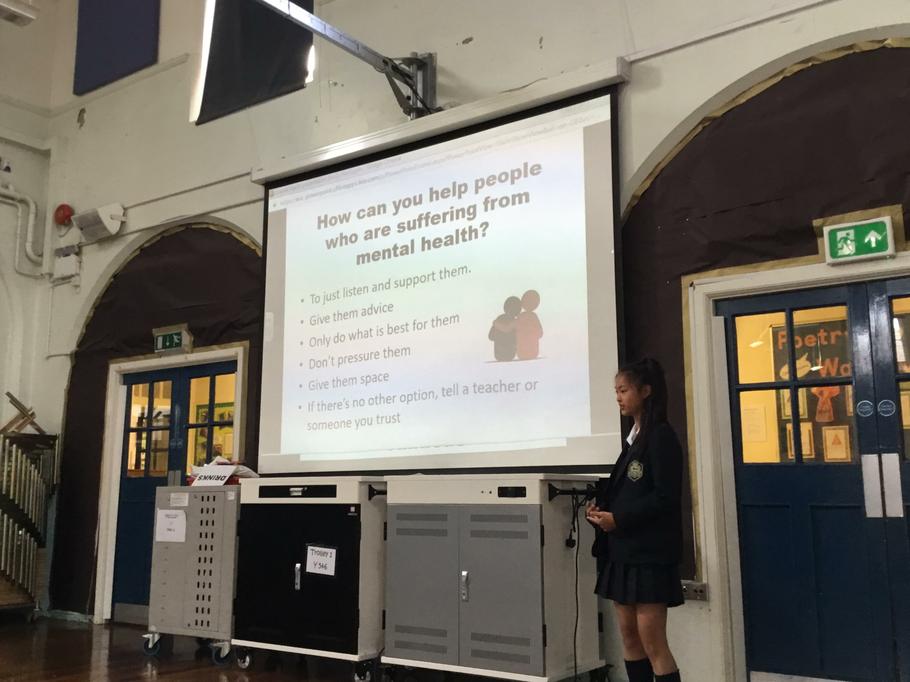 With the success of our Tuesday morning ‘My Happy Mind’ sessions, we have developed an additional whole school initiative to help discuss and debate a range of different issues and scenarios. This is to support the new PSHE framework which the government have developed and will become statutory as if Sept 2020.

‘Think About It Thursdays’ started this week when all classes spent the assembly time discussing the given topic (all classes will be discussing the same “thought” which I will post on here each week. It brought up some very interesting discussions and view points which we enjoyed listening to very much!

“What does kindness mean to you? Is it everywhere? Can it always be seen?”

Unfortunately not the ones with chocolate chips.

Some cookies are necessary in order to make this website function correctly. These are set by default and whilst you can block or delete them by changing your browser settings, some functionality such as being able to log in to the website will not work if you do this. The necessary cookies set on this website are as follows:

Cookies that are not necessary to make the website work, but which enable additional functionality, can also be set. By default these cookies are disabled, but you can choose to enable them below: